to the website of the honorary consul of the Republic of Korea in Saxony.

It shall inform you quickly and comprehensively about my duties as the Honorary Consul of the Republic of Korea in Saxony and provide assistance to find proper points of contact, both for Germans and German businesses interested in Korea and for Koreans seeking for support for their stay or business in Saxony.

If you want to know more than this website offers, you are welcome to visit my office. You will find it at "Königstraße 1" in the baroque quarter of Dresden just opposite the Japanese Palace (Japanisches Palais).

I am available for face-to-face talks with pleasure.

Yours sincerely
Dr. Christoph Hollenders
Honorary Consul of the Republic of Korea in Saxony 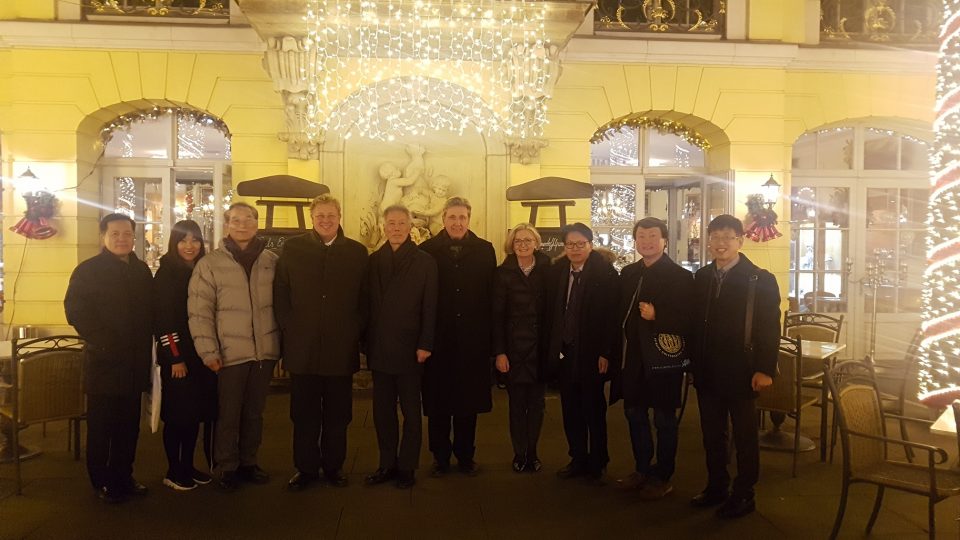 On Thursday, November 29th 2018, Honorary Consul Dr. Hollenders received a delegation from Korea, which stopped in Dresden as part of the reunification study trip organized by the Hanns Seidel Foundation. The group, consisting of six participants, visited stations such […]
Do you like it?
Read more 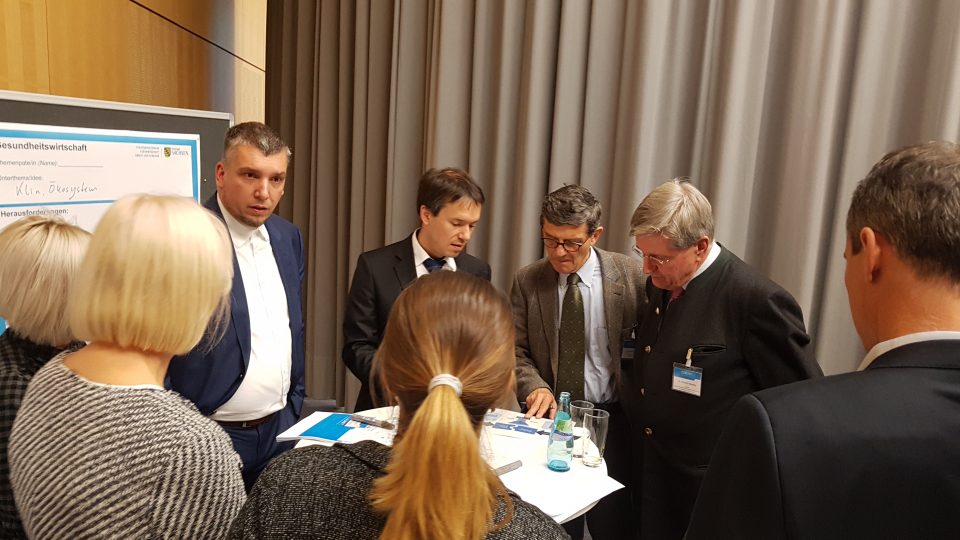 November 1st 2018 Honorary Consul Christoph Hollenders and Ambassador a.D. Dr. Hans-Ulrich Seidt and Thekla Muntschik from InDeKo visited the Cross-Cluster Meetup Saxony on Nov 1st 2018, which was held by the State Ministry of Economics, Labor and Infrastructure(SMWA) at […]
Do you like it?
Read more 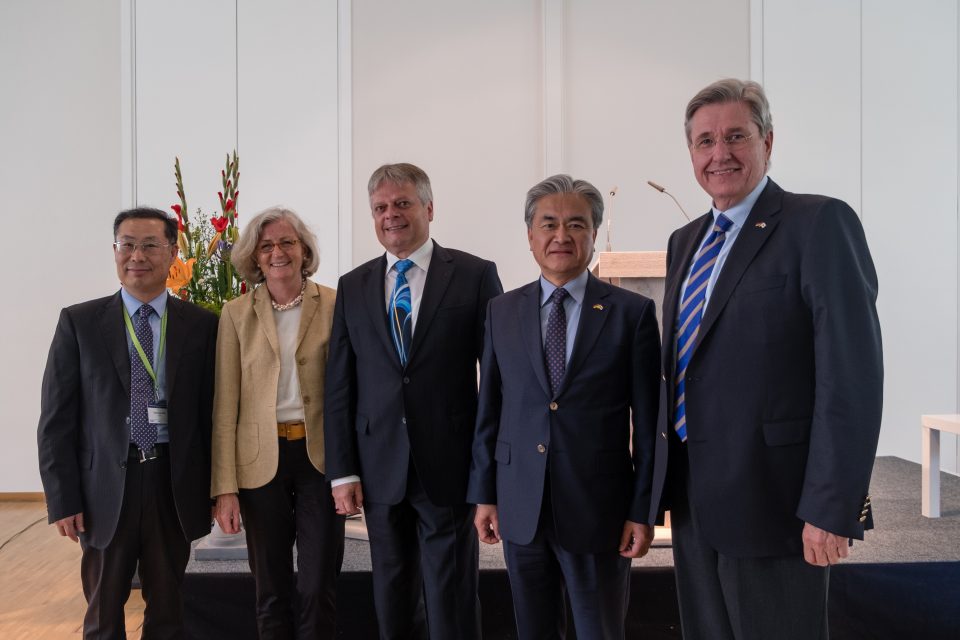 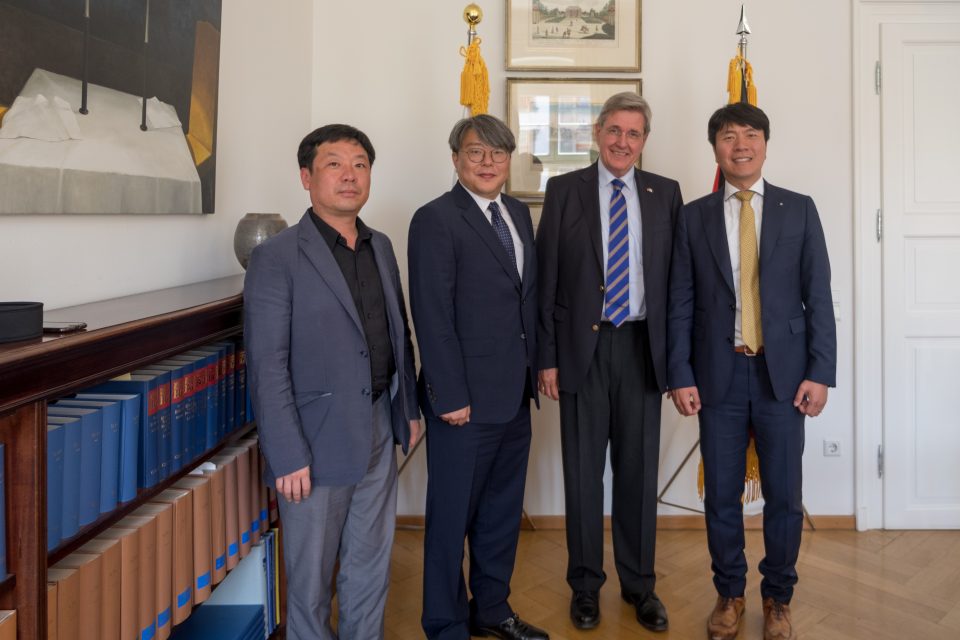 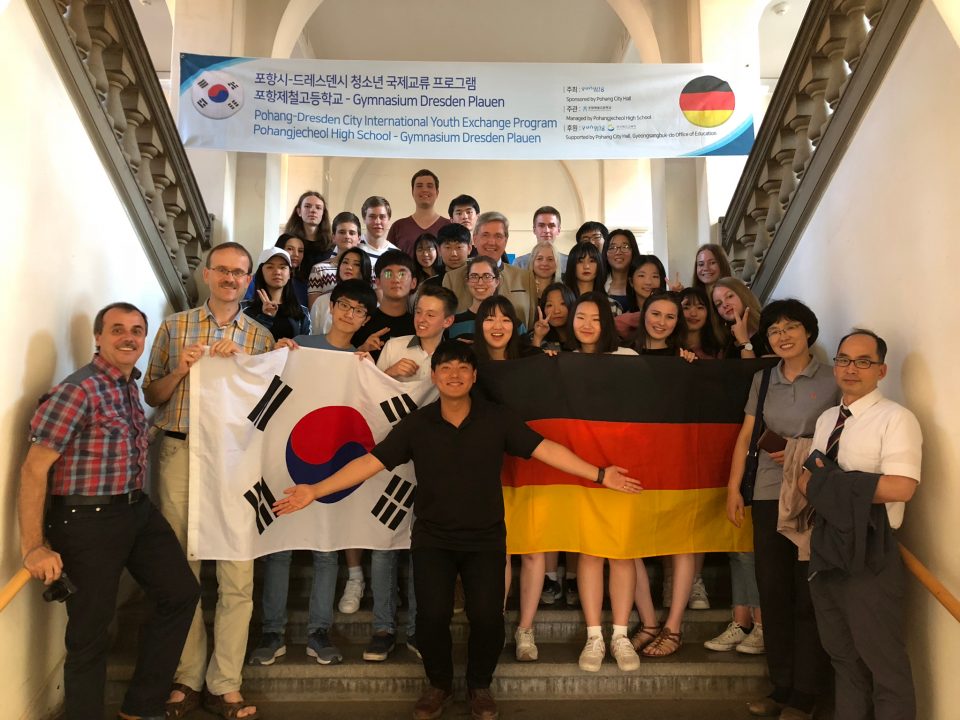 Attending a final presentation of a two-day history project about the reunification of North and South Korea, presented by 13 Korean exchange students from Pohang Jechol High School and 14 German students from the Gymnasium Dresden Plauen Representation of the […]
Do you like it?
Read more 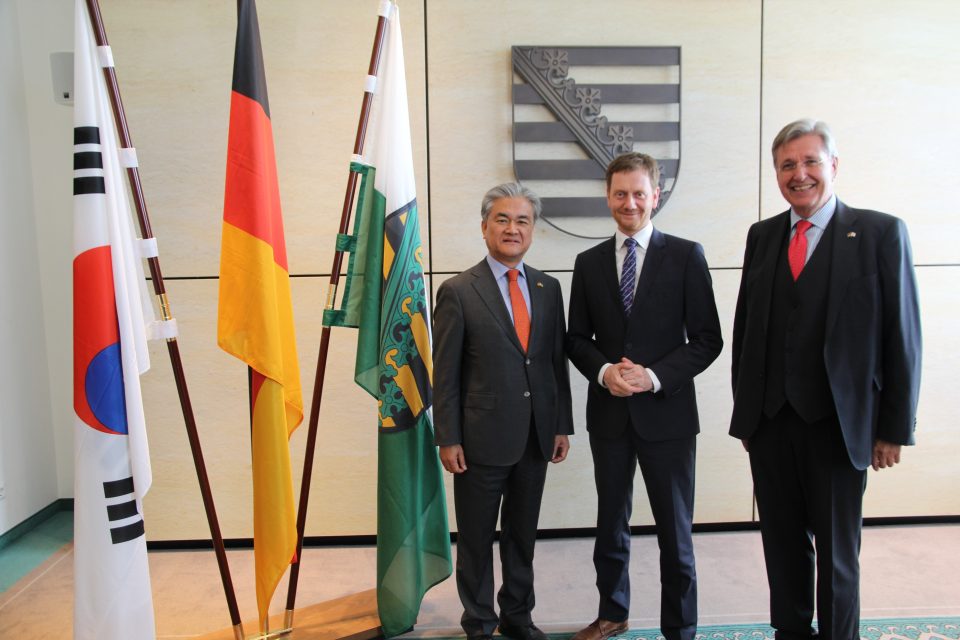 April 20th 2018 Prime Minister of the Free State of Saxony Michael Kretschmer welcomes S.E. Ambassador of the Republic of Korea JONG Bum Goo’s inaugural visit to the Saxon State Chancellery. (News article of the Prime Minister Michael Kretschmer: http://www.ministerpraesident.sachsen.de/kretschmer-empfangt-botschafter-der-republik-korea-zum-antrittsbesuch-6577.html) This […]
Do you like it?
Read more
Load More 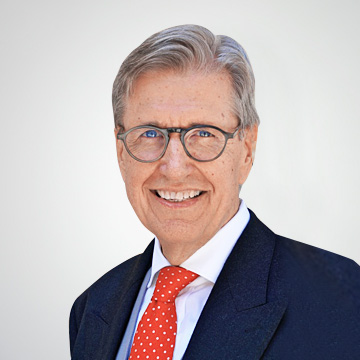 As the name implies a honorary consul is working as a volunteer. Like the full-time consuls (Latin consul = counselors), he is officially appointed by a state, the sending state, to safeguard the interests of its citizens and its trade in a foreign country, the receiving state. He is also a member of the Consular Corps (Corps Consulaire = CC).

The work of a honorary consul is unpaid. In particular cases, he may receive a low expense allowance.

The official acts a honorary consul may carry out are laid down by international law, in particular the Vienna Convention on Consular Relations.

Often, the honorary consul focuses on the promotion and deepening of relations between the sending and the receiving state in the fields of economy, culture and science, as all other tasks are taken care by the consular section of the embassy of the sending states.

Korea and Germany share a long history of friendly relationships. In the year 1883, the two countries – at that time the Kingdom of Korea and the German Empire, and at the same time the Kingdom of Saxony with its own foreign policy – officially established diplomatic relations. After the end of the Korean War the relations between the Republic of Korea and the Federal Republic of Germany were deepened further by many thousands of Korean nurses and mineworker sent to Western Germany. From abroad they made a substantial contribution to the economic recovery and strengthening of the southern part of the divided nation.

In recent years there has been a lively exchange between the heads of both the countries. In 2010 the German President Köhler and German Chancellor Merkel, in 2015 the German President Gauck visited the Republic of Korea, while Korea's President Lee Myung-bak came to Germany as a official guest in 2010, President Park Geun-hye in 2014 and President Moon Jae-in in 2017.

From the year 2002 on the German-Korean Forum takes place alternating in Korea and Germany and gives advices for the deepening of relations to the heads of both the countries. Concurrently with it there is always a special youth forum; the results of which are incorporated into the advices to the governments.

There are very strong economic relations between Germany and the successful Republic of Korea, which currently holds no. 11 of the world biggest national economies and no. 7 in the ranking of exporting nations. Korea is one of Germany’s most significant trading partner in Eastern Asia and next to China and Japan the third largest sales market in Asia, even more important than India and other bigger countries. On the other hand, Germany turns out to be Korea’s most important trading partner in Europe. As directed by Korean statistics the bilateral trading volume exceeded 25 billion dollars in 2016.

At the same time the Free State of Saxony is of special interest for Korea as it stands for a successful policy of reunification and might be a model for the desired reunification of Korea. Furthermore, the Dresden University of Technology as one of the German Excellence Universities actively interchanges with numerous non-university research institutes, which are located there in an absolutely unique concentration even in the European perspective.

The Saxon networks in the fields of semiconductor industry and science, nanotechnology, OLED research and application and finally biotechnology are well known all over the world. They are most interesting docking stations for cooperation in the forward-looking sectors of environment and renewable energies.

Against this background, it was just logical to introduce the first Korean representation in the eastern states of Germany with the Honorary Consulate in Dresden. Since then the relationship between Korea and Saxony became even deeper. Especially the visit of President Park Geun-hye to Dresden in March 2014 created far-reaching consequences to the economic and scientific exchange between the two countries. The city of Dresden with the very first Korean Square in Europe became a well-known town in Korea and a prototype for the possibilities of a successful reunification.

The questions of reunification and the economical and scientific cooperation are discussed in many ways and both directions. Numerous Korean delegations visit the cities of Dresden and Leipzig, in 2016 for example the deputy minister for the reunification of Korea. Vice versa members of the Saxon government visited Korea: 2015 the Minister for Economy, Labor and Traffic, Martin Dulig, 2016 the Prime Minister of the Freestate of Saxony, Stanislaw Tillich, and 2017 the Minister of Science and Fine Arts, Dr. Eva-Maria Stange. Moreover, the fact, that the important science network ADeKo (Alumni Deutschland Korea) hold its first conference out of Korea in Dresden is a strong indicator for the very good and vital relationship between Saxony and Korea.

I will do my very best helping people from Korea living here in Saxony by providing support and advice. I will make every effort to build bridges between the Republic of Korea and Saxony to intensify and deepen the cooperative and friendly relations between the two countries in the fields of science, business and culture.

It is a great honor for me to work for the Republic of Korea and its people and to help Korean travellers in Saxony with our consular service.

Dr. Christoph Hollenders
Honorary Consul of the Republic of Korea in Saxony

Please do not hesitate to call us or to send an e-mail.

Monday to Friday from 10 am to 5 pm
and at any time by appointment.